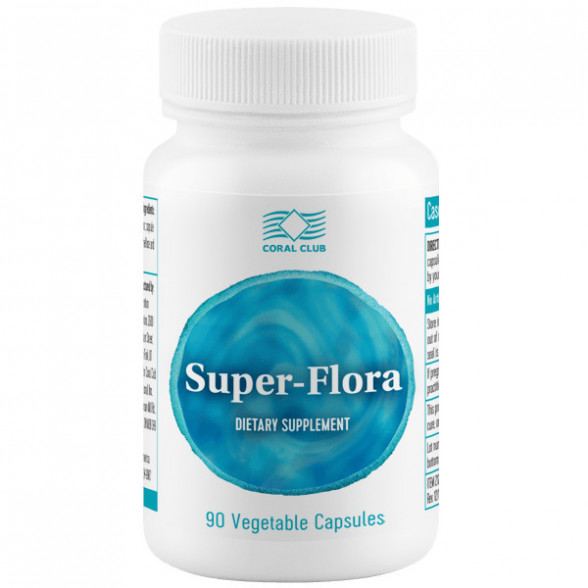 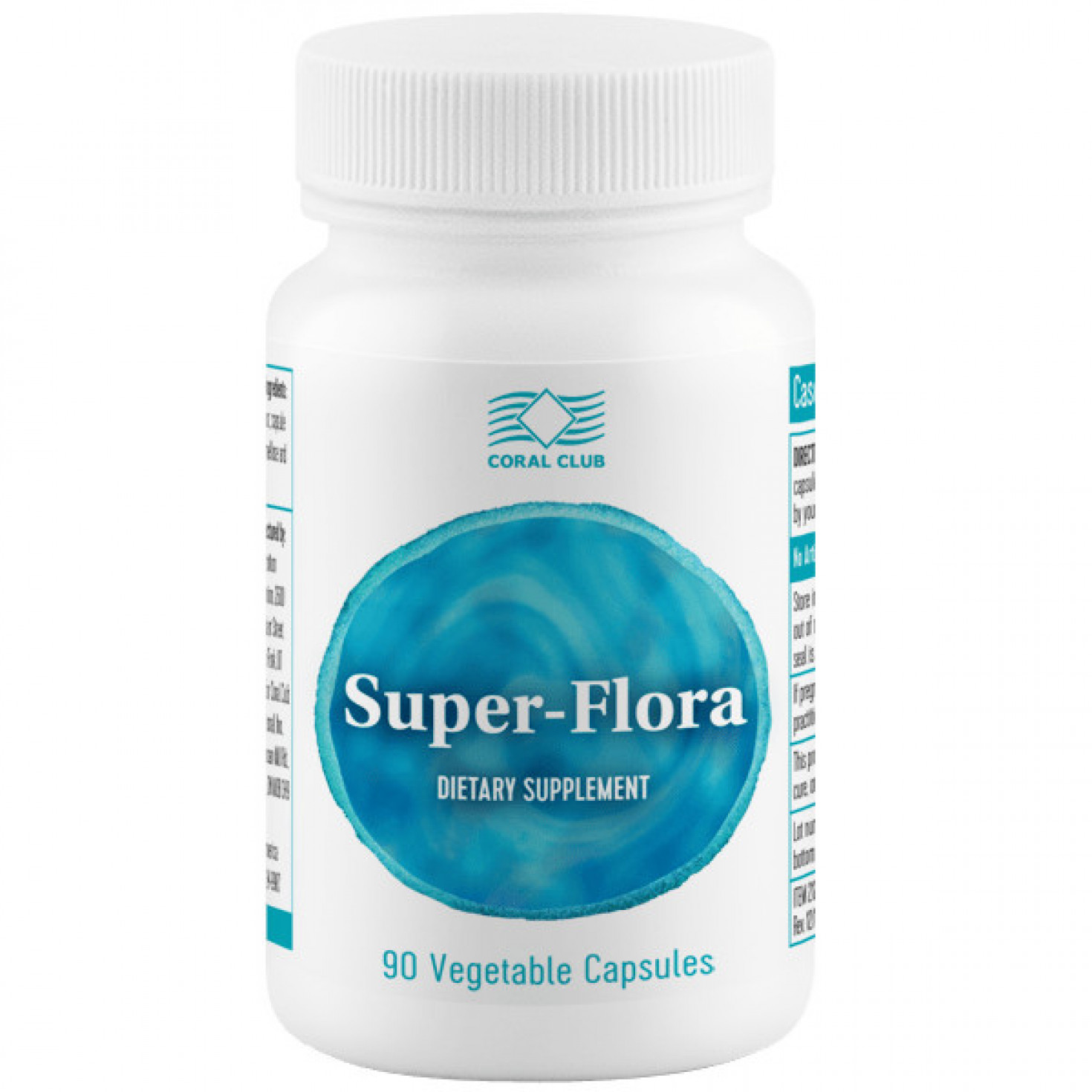 Super-Flora is a high-efficacy synbiotic, made up of a balanced combination of probiotics (Bifidobacterium longum and Lactobacillus acidophilus) and prebiotics (inulin) that in combination provide real results for your gut microbiome. The ratio of lactobacillus to bifidobacterium corresponds to that found in a healthy digestive tract, and the inulin significantly improves the effectiveness of the probiotics and more importantly helps you grow your own personal microflora.

Probiotics are live microorganisms that make up the basis of the body’s microbiome; and maintain an optimum proportion of good bacteria while suppressing the growth of pathogenic bacteria in the GI tract; improving the overall functioning of the body. The most active and beneficial of the probiotics are bifidobacteria (longum) and lactobacillus (acidophilus).

Bifidobacteria (Bifidobacterium longum) are the most numerous group of beneficial bacteria in the gut microbiome. The microflora of breastfed children are 80–90% composed of these bacteria. They hinder the growth and reproduction of harmful pathogenic and conditionally pathogenic bacteria in the GI tract, protecting the body from intestinal infections and fermentation in the gut. Along with other beneficial microorganisms they play an active role in digestion, accelerating the breakdown of proteins and carbohydrates, and improving the absorption of nutrients, generating their own enzymes to improve the digestive function.

Bifidobacteria take a part in the synthesis of many vitamins—K, B group, including B3 and B9, essential amino acids, improving calcium and vitamin D uptake. These bacteria actively create lactic acid, which also suppresses pathogenic bacteria in the GI tract. Thanks to bifidobacteria in the body, allergic reactions are lessened, the immune system in strengthened, and the digestive system begins functioning properly.

Lactic bacteria (Lactobacillus acidophilus), in distinction to bifidobacteria, reside in all sections of the GI tract. The name Lactobacillus translates from the latin as “bacteria living in milk.” In reality, lactobacillus has no relation to dairy products. On the contrary, these microorganisms are purposely added to cheeses, kefirs, yoghurts and buttermilk in order to obtain high-quality soured dairy products.

Just like bifidobacteria, lactobacillus destroys pathogenic flora and helps to maintain a healthy balance in the microbiome. They effectively combat the dangerous helicobacter pylori, the cause behind gastritis, stomach ulcers, candida, streptococcus and staphylococcus.

One of the most important functions of lactobacillus is the role they play in the immune system. On the one hand, they adhere to the epithelium of the small intestine, reinforcing its barrier and defensive functions. On the other hand, the bacteria take part in the formation of immune cells; thanks to which the body is better equipped to resist various health-damaging factors (respiratory infections) and keep the whole immune system healthy.

Prebiotics are a form of plant fiber, also referred to as insoluble plant fiber (contained in the majority of plants), that have a beneficial effect on the body’s microbiome. The term ‘prebiotic’ was coined in 1995 by food microbiology professor Glenn Gibson (Reading University, England). He defined it as follows: prebiotics are indigestible food components that improve health by selectively stimulating the growth or activation or one or several kinds of good bacteria in the large intestine. Later, Dr. M. B. Roberfroid (2007) defined prebiotics as food ingredients selectively digested by gut microorganisms that change the composition and activity of microflora, improving one’s general well-being.

Take one Super-Flora capsule 3 times a day, preferably on an empty stomach 20 minutes before eating. 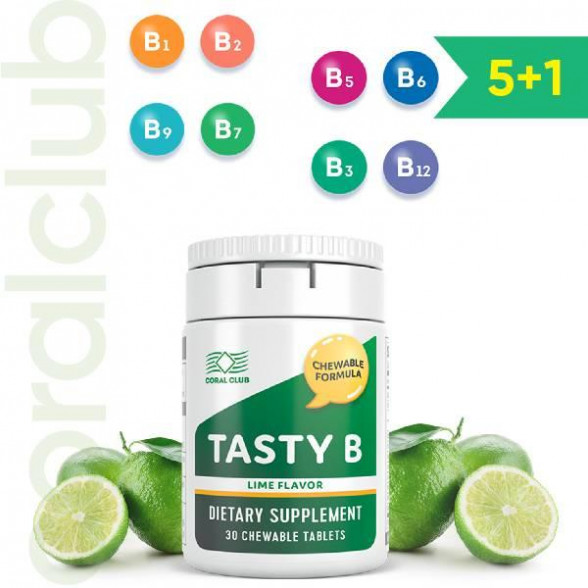 TASTY B with lime flavor 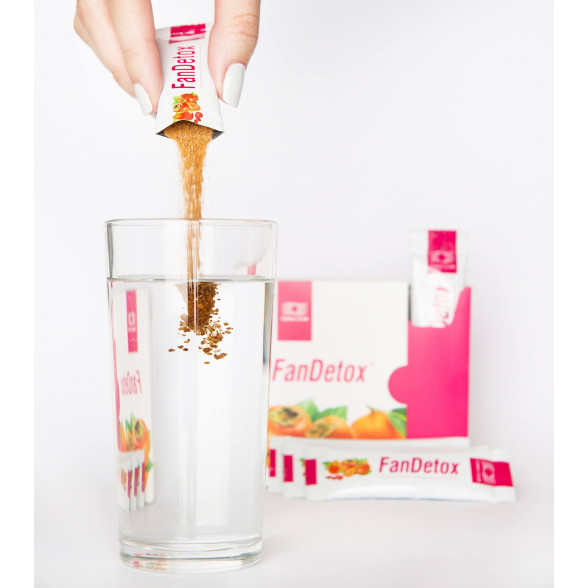